The world is going through the crisis of this century. Four months back no one anticipated that the world will go through an economic apocalypse. What pained me was to see on the TV more than a Km long queue in Geneva. For what; you would ask?  Not to enjoy the razzmatazz celebrations which the people of Geneva look forward to?  It was to get free food parcels.

Who did not at any time in their lives aspire to go to Geneva? A city, where the world’s ‘who and who’ meet to discuss the affairs of the world:  Located in a country that is a dream for tourists; the per capita GDP of Switzerland is 9th in the world; compared to India’s 122nd.

To go a bit back in history the ‘League of the Nations’ a precursor to the UN was also located here till it lost its relevance.  We all need to understand how fragile the world is? How worthless are our skyscrapers, manicured lawns, metros, highways and glamour and glitz of our cities; as all these embellishments are worthless before a hungry stomach.

The unbridled materialism is embarrassed and is lurking behind the locked gates of enormous structures as human survival instincts are brazenly parading on the main avenues of richest cities on earth. Our civilisation is skulking as its evolution to the present state of helplessness was never imagined by its makers.

The world is stunned with more than four million victims of the Chinese Virus with casualties touching 300,000 across 216 countries and still counting.  However much, China may shout of its innocence the world at large knows it as the perpetrator. A sinister plot executed by an immoral communist regime under an elaborate cover plan is evident to the world.

It is most probable that it unleashed the virus on itself in a controlled environment to wrap it up quickly; at the same time subjecting the world to its enormous onslaught.  The lead time that China has in controlling the virus within and its prolonged raging blaze across the world would burn out the latter and make China the victor in the Third World War.

I will not be surprised if the forbidding regime has already developed a vaccine for the pandemic before they unleashed it across the world? If not, how do you explain its breakout across the globe is over 4.2 million but in China other than Hubei province which had over 68000 cases, mysteriously; only four other provinces Guangdong, Henan, Zhejiang and Hunan have recorded cases over a thousand.  More of it later.

There is enough evidence that China delayed divulging the information of the human to human transmission as 430,000 flew from China and some of them directly from Wuhan to multiple cities in the US.  As per the South China Morning Post, about 4.3 million people left Wuhan to celebrate Lunar New Year. It is possible that they moved out of Wuhan but were not allowed to leave Hubei Province as they were fully aware of its ‘Human to Human’ transmission.

If not; it should have consumed the rest of China with the same ferocity as it is devouring the rest of the world.  The virus did not spread to entire China to any meaningful extent; is a fact. It only goes to prove that the virus was introduced within China to provide an alibi to the world that China also suffered from the ravages of the virus and with its internal dynamism has been able to control it and resumed normal intimidation activities in the South China Sea and across its borders when the rest of the world is wreaking under its impact and succumbing due to misrule. It wants to prove to its people how the CPC regime is more successful in coping with such calamities than much-touted democracies.

Now; let us go into some timelines of the spread of the virus.  I will call it Chinese Virus lest there should not be any confusion from where it originated?  I hope you remember that China has the dubious distinction of originating the ‘SARS Virus’ from Guangdong Province in 2003.

The South China Morning Post published from Hong Kong reported that the first case of Chinese Virus was detected as early as on 17 Nov 2019. However, the American Magazine ‘National Review’ has been more accommodative and concludes the first human patient was detected on 01 Dec 2019.  The incubation period of the Chinese Virus has been computed to be anywhere between 1 to 14 days as per WHO.

The average time is around 5 days.  About 4 per cent of the infected remain asymptomatic.  It means that these infected people will continue to infect others without ever knowing that they have been infected.  Even presuming the first information of the disease was revealed on 17 Nov 2019 it is fair to assume that the infection could have started anytime between 03 to 16 Nov 2019.

Now, tell me, if the infection has been caused worldwide from the epicentre at Wuhan and has travelled across the globe but surprisingly the spread has been minimal within China itself. Why has it not infected the entire population of Shanghai, Beijing, Tianjin and Guangdong?  The people had all the freedom of movement from Nov 2019 to 23 Jan 2020.

However, the virus has thinly spread in China, just to provide to the world an alibi to show its innocence.  If China was really so naïve that it did not know about the human to human transmission then the entire country should have been raging with the pandemic.

But, not so: Why? Because it was a well- planned Biological Warfare waged by China against the world.  The Communist nation was probably ready to make Hubei Province and Wuhan, it's capital the sacrificial goats for the ultimate victory of China in the Third World War.

Let us go further into the international spread of the virus. The first international patient was reported from Bangkok on 13 Jan 2020.  WHO could not hide it anymore and gave a statement on 14 Jan 2010 that limited human to human transmission is possible? It was a guarded statement so as not to alert the world of its consequences but at the same time to play safe so that it cannot be faulted for not forewarning.

However, to give the benefit of doubt to China; if the first patient was identified on 01 Dec 2019; even then the time for the clampdown took 50 days.  The Chinese Doctor Li Wenliang, the whistle-blower who had warned about the human to human transmission was punished by the government.  He later lost his life to the same infection.

After the clampdown, though domestic flights from Wuhan were suspended there was no such restrictions on the international flights. The modus operandi was to spread the disease across the world.  It was a ‘Biological Warfare’ and its execution was set in motion. International flights from China were stopped on 27 Mar 2020 after over two months after Wuhan lockdown.  The aim of the pandemic was achieved and the virus will play havoc with the

rest of the world on its own momentum and China does not have to do anything but seem to be helping the world by selling PPE, testing kits and medicine.  When the world is groping in the dark and preoccupied with the Virus, it is time for China to flex its muscles in Taiwan Straits, establish administrative districts in disputed islands of Parcels and Spratly, give a new name to Mt Everest to lay claim on it, intrude in Japanese waters near Senkaku Islands and carry out border incursions along Sino-Indian Borders. Remarkably smart: Isn’t it?

Now let us look at the WHO, who was a partner in crime:  It was on 11 Mar 2020 when the virus had spread to 114 countries and affected 118000 people and killed 4291 of them, a Pandemic was declared.  Today, it has raged across the globe and put over 4 billion people under lockdown.

The pandemic has brought misery to mankind with overflowing mortuaries with no place for graves.   New York has resorted to mass graves and Italy is buying private lands in the countryside for new graves.  Human miseries have mounted a stoic resignation and apathy to the calamity has pervaded the human hearts and spirits.

The world should ensure that China pays for its indiscretion.  The country is now playing the victim card. China cannot remain unpunished after the crises.  The world at large is simmering and seething with pent up rage. It is a page from Pakistan’s commentary; where it exports terrorism across the world and when the surplus terrorists bomb the host country; the much-needed alibi to play the victim card is provided by default.

China and Pakistan play the game with the same finesse.  So much so, China did not allow UNSC to discuss the Pandemic in Mar 2020 as it was presiding over the UNSC in that month.  Once the Dominican Republic took over as the President of the council a closed-door session was held on 09 Apr 2020.  What does it reflect? If China really was innocent it should have had the discussion at the earliest instance to formulate a global strategy.

The writing on the wall is clear. However, this is not the time to read the writing but remain silent and resolutely come out of the crisis and then plan a cogent global strategy to isolate China.  PM, Modi has first cast his stone in placid waters.  He has given his call for ‘Self Reliance’. The message is clear; shake off the dependence from China. The world will follow suit.

Russia, Ukraine, USA & NATO To China, Taiwan & India - Is The World At War? The China Dilemma: Need To Rethink 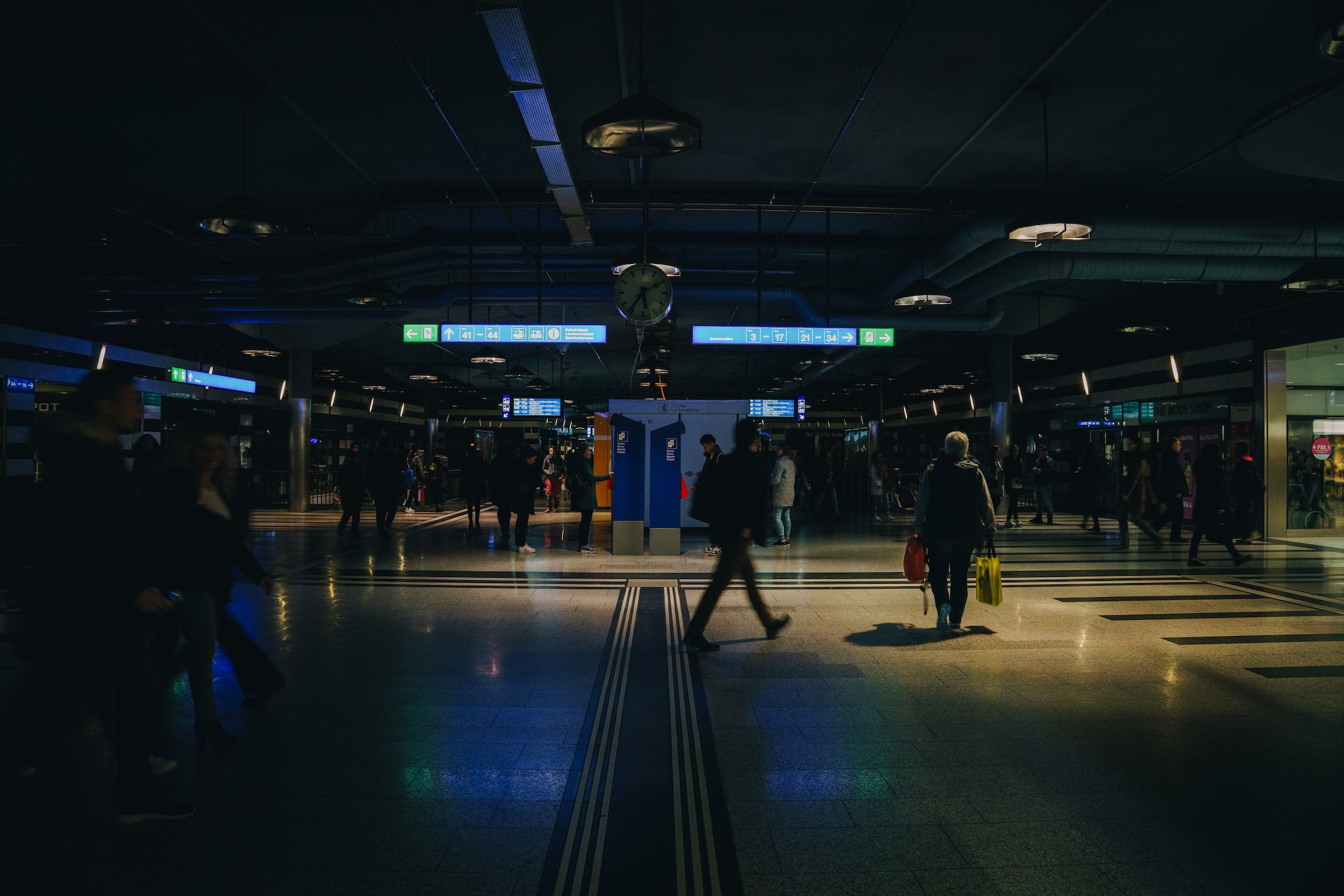 Grey Zone Warfare: The Massive Black Out In India White-Collar Terrorism: The Menace Within!