The new scheme of military recruitment Agni path rather enhancing our combat effectiveness, before its implementation, leads to compromising our national security. The national security, territorial integrity and all round well-being are the most important elements for our sovereignty and territorial integrity as a nation that are being compromised over saving some crores of rupees in pay and pension of the armed forces personnel! There are numerous ways to save economy of the country like we could do away with building new parliament, prime minister and other ministers’ residences, erecting massive statues, acquiring fleet of hi-tech aircraft and cars etc for VVIPs’ travel and the list can go on.

Being an infantry officer with tenure each in the Kumaon Regimental Centre Ranikhet and the Assam Rifles Training Centre for 4 years, after a year’s rigorous training recruit picks up the basic traits of soldiering. He learns group cohesiveness, and the three elements of Naam, Namak and Nishan-the camaraderie in the next 3-4 years training in his section, platoon, company and the battalion. During his first few years’ service, every young soldier has to opt and master one specialization in the handling of 81 mm Mortar, Medium Machine Gun, Recoilless anti-tank gun, basic field engineering tasks like creation /demolition of obstacles and laying and lifting of dangerous tasks of anti-personal and anti-tank mines and explosive handling as unit’s pioneer, handling of unit signaling equipment, driving of military vehicles in combat zone in all terrain, military band and medical assistants for evacuation of casualties and administering emergency life-saving medical aid, gathering enemy intelligence techniques in Intelligence Section and counter intelligence and regimental policing in RP Section. Such specialised training itself takes 12 to 24 months. With introduction of the newer hi-tech weapon systems like anti-tank missiles, drones and cyber warfare use of computers and artificial intelligence (AT) for optimizing combat effectiveness for which time taken may vary a bit more. In technical arms, time taken may be a bit more.

With this new scheme, while the initial recruit training is reduced to half, the half and ill trained recruit would proceed 9 months leave (2 months annual leave and 20 days casual in a year) and catering for odd sickness and travel time, the 4 years would fly before soldiers services are effectively utilsed and 75% trained soldiers would be unemployed and on the streets. During his 4 years stint in the army 24x7x365x4 he would be constantly worrying about his absorption in the armed forces rather than as carefree maturing soldier fully committed to his profession.  The Central police organisations (CPOs) are too reluctant to absorb rejected military youth much to discontent of their ranks and files as was evident absorbing erstwhile emergency commissioned officers (ECOs) and short service commissioned officers (SSCOs) in our times. While some may get absorbed in CPOs and private sectors like banks and industry, the left overs trained in handling weapons and explosives would be available to get absorbed in adventurous Robin Hood and anti-national activities like extortions, kidnappings, sabotage, espionage and subversion. The commitment of the Tour of Duties (TOD) scheme soldiers will be zero, as I guess. It takes years for a soldier to gain full knowledge in handling his weapon, equipment and using field craft to his advantage.

For soldiers deployed on border and insurgency environment time taken decidedly would be much more. When our neighbours have dedicated full time armies, how do our leaders expect to match up to these regular soldiers of enemy countries with 4 years contract soldiers, not withstanding the fact that out of 4 years contractual period as explained above he would be available for just about 2 years’ service in the unit that may lead to chaotic situations in warlike situation and poor performance in operational areas, unless, the aim is to prepare politically motivated set up to counter any anti-establishment activities!

Another point that I observed during my long association with the Assam Rifles was that the cadre officers were very critical of the ECOs and the SSCOs joining the force carrying their military service counting towards their seniority, thus putting cadre officers to great disadvantage. Similar issues would crop up when these military personnel are absorbed in the CPOs and other government services adversely affecting morale, motivation and effectiveness of the CPOs who in heart feel the reject military manpower joining them. If we reverse the process, will the armed forces be happy to absorb rejected constables of the CPOs in their units? The straight answer is ‘No and Never’ as that would degrade their combat effectiveness.

Youths trained in handling arms, ammunition, explosives and use of field crafts after military engagement with soaring unemployment and no jobs, would create educated terrorists, criminals, drug smugglers and all sorts of anti-national elements (ANEs) very harmful to our society. I can't understand the cost benefit analysis of training a soldier for 4 years then leaving him as unemployed as all won’t be absorbed in the CPOs and the left overs trained soldiers with no employments would endanger our otherwise volatile society polarized over religious, caste and political issues by joining anti-social elements (ANEs).

In my Battalion, during my service 9 ECOs, 5 SSCOs were commissioned during 1963-65. Out of whole lot, only 2 got regular commission became Lt Col/Col and rest were rejected. Only one ECO got into IPS and became Spec DG Police in Himachal cadre, 2 got into ITBP/ BSF/CISF & one rose to IG level and 1 to Comdt. 2-3 were absorbed as bank security officer and  rest after being military officers, joined as Inspectors in the Assam Rifles/SSF/ CISF. Similar thing would happen to 75% of the youths after their 4 years contractual service in the armed forces would be over. And we have Pakistan & China with well trained professional armed forces as our adversaries. We are NOT Israel.

In the recent past, we have seen the dismal performance of the Chinese soldiers in Doklam in Ladakh where they could not even withstand the harsh winters, leave alone their fighting capabilities in that terrain. Now, the whole world is witnessing similar poor performance of the Russian soldiers in Ukraine. It is believed both the counties with the largest armies have adopted TOD concept that has diluted their combat effectiveness. Well it could be appreciated for a country like Israel that has limited population of 89 lakhs, small area of 22145 sqkm, surrounded by hostile Muslim countries- Lebanon, Syria, Jordan, and Egypt and not so far off Turkey, Iraq and Saudi Arabia, having armed forces with strength of 1.70 lakhs. The education and motivation level of the entire Israeli population is very high, there is no unemployment and the mobilization of the armed forces is fastest due to small compactness of the country and good means of communication. With our size of the country, population, poor semi- rural youth opting to join armed forces, education, motivation, unemployment, poverty and disunity and polarization on religious and political grounds, sadly, we are a big miss match to fight on two fronts with sizes of the armed forces of the Pakistan and China besides tackling insurgency spread in the vast parts of the country.

While the Government of India and the military’s top brass seem so concerned with reducing the Armed Forces’ pension bill that they are overlooking a few fundamentals of soldiers, soldiering, group cohesiveness, combat effectiveness and safeguarding our values of Naam, Namak and Nishan so very essential fighting superior professional enemies on our both fronts and the Indian Ocean.

The major issue worrying the youth protesting violently against the scheme is of those all who were selected for the enrolment in the armed forces during the COVID-19 period but could not join the training as there was freeze on recruitment. One thing that puzzles the mind is while we could hold elections in four states with massive political rallies during the Covid, why could we not hold the recruitment rallies and have steady flow of recruits! Though, after the massive violence, as an afterthought, the age has been enhanced by 3 years but still many would be left out, hence, there would be uncertainty and country wide violence. Also, the present government as hitherto before, made lofty unfulfilled schemes like remitting Rs 15 lakhs to economically weaker section (EWS) of society or providing them with houses, thus credibility and faith in the central government is missing and there are widespread protests and violent agitations by the youth and their families all over the country over the implementation of this scheme and even the British Broadcasting Corporation (BBC) and Al Jazeera have aired the continuously violence gripping the nation firstly due to communal divide and now in boycotting the new recruitment scheme. Its time let us nib the evil it in the bud as patriotic citizens and resort to existing recruitment and put Agnipath in cold storage.

How I wish the Chief of Defence Staff (CDS) was appointed to advise GOI and the three services headquarters to dwell on the Agnipath concept over issues of saving some crores of rupees, political vote bank necessities and national security. Sadly, the central government rather than appointing CDS as military necessity appointed late Gen Rawat as the political one. The last week’s news has made retired Lt Gens to forward their CVs & stand in queue for the CDS interview. With such bizarre actions, our national security indeed is compromised.

We could save country’s money by selecting and implementing judicious projects. We could easily pend construction of new parliament house, residences for the Prime Minister and his cabinet colleagues, bullet train or huge statues of political leader, expensive VIP cars and aircraft economic necessity or political luxury!

On the lighter side, my wife having seen military life for 28 years asked me the strength of the Indian Railways (12.5 lakhs), all the CPOs/PMF which is around 10 lakhs not including various state police units (BSF 2.55 lakhs, CRPF 3 lakhs, SSB 1 lakh, CISF1.63 lakhs, ITBP.9 lakh and Assam Rifles .66 lakh). She enquired from me if the Indian Railways and all the CPOs introduced scheme likes of Agnipath concept, will armed forces absorb their 75% rejects every year? I screamed NO, NO… may be perhaps over my dead body! Let Agnipath NOT become AGNI- PATH…!

And a military veteran friend on the lighter side has written, ‘If Agnipath is such an excellent scheme, why NOT have one for the IAS, the IPS, the Indian Railways and the politicians too’.

To sum up, the country needs answers to the following issues-

Let us shelve Agnipath as it is leading country to ‘The Path of Fire.’

Col NN Bhatia is an Infantry veteran who commanded 2 Kumaon. After retiring from the Indian Army, he served in the Intelligence Bureau, specialising in industrial security. The Agnipath challenge For India’s New Chief Of Defence Staff 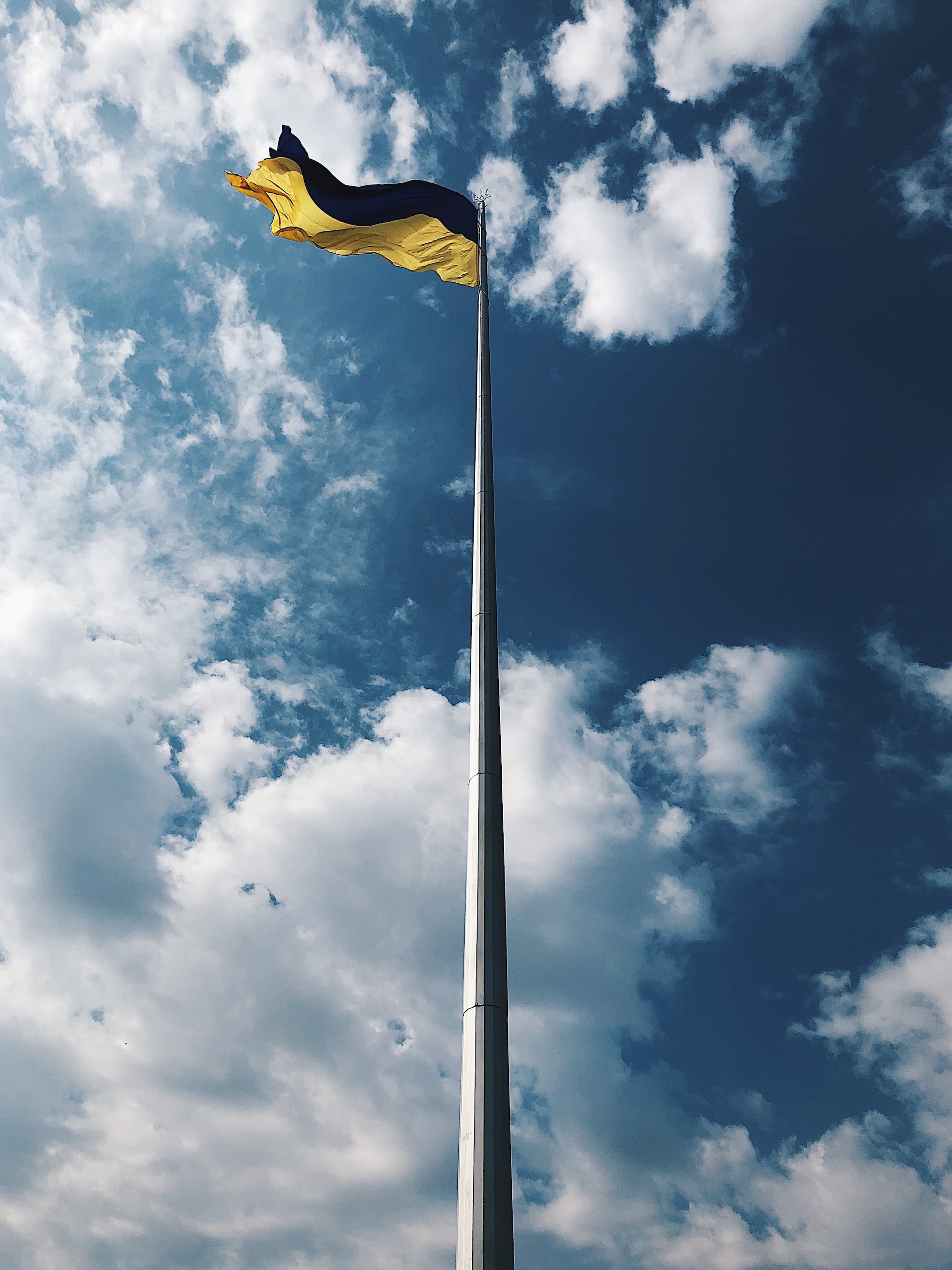